In August, 1997 Ryan Pasqualetto was enrolled in his first dance class. He was only 5 years old and had been watching his older sister dance in her recitals in the previous years. After Ryan would escape his mothers lap numerous times to dance in the aisle ways, she had decided to finally place him in a structured class. From there, Ryan began to grow as a dancer and every year would enroll in more classes then the previous year. When Ryan was 7 years old he started to compete in competition dance, already placing in the top ten, showing off his technique and personality to the judges. When Ryan turned 15 he had decided that he wanted to further his dance career, so once a week his mother started driving him to the top known studios in Los Angeles including, Millenium Dance Complex, Debbie Allen’s, Debbie Reynolds and The Edge. From the start Ryan was being noticed by the top choreographers and would always be asked to perform for the other students in class. Realizing that this was the career choice he wanted to pursue, he started to choreograph at his own studio. He had also been offered a position to teach at one of the top dance studios in the nation, which he did for the summer of 2007. Every time his choreographed numbers were submitted to competition,

it was expected to always place in the top 5, along with winning specialty awards. He started attending a dance convention called The Pulse, winning a protégé scholarship and assisting choreographers like Dave Scott, Chris Judd and Tyce Diorio. During that year Ryan was also signed with one of the largest dance agencies named DDO. After about two years he started getting offers to teach at multiple dance studios and schools. Realizing that he wanted to learn and grow more in dance and choreography, Ryan decided to move to Los Angeles to get a degree and continue learning everything he could about dance. He was later picked up by another top agency and was signed to MSA. While living in Los Angeles he made connections with Kobi Rozenfeld (Beyonce’s Choreographer), Bobby Newberry (Pussycat Dolls Choreographer), Ashley Valerio (SYTYCD Contestant), Nathan Trasoras (SYTYCD Contestant) along with many others. He hopes to create an environment in which dancers can not only grow, but will feel like they have a second home. 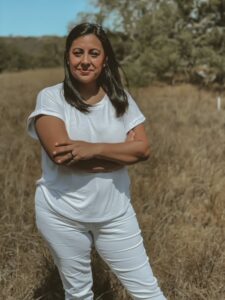 Lucia is a dance mom with 4 kids. She has worked in several non-profits throughout the years including Actions Couples Take and Agape Food Ministry. She came to the Peace Love and Dance family in 2015 as mom with 3 dancers. She joined the PLD staff in 2018 and now holds the highest position of office manager. 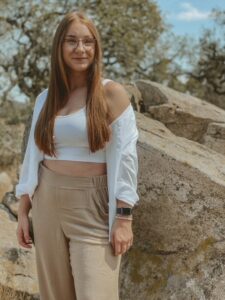 Megan started dancing at the age of three. At such a young age she became very serious in her ballet training while attending Studio 31 Dance Studio. At the age of nine, she was a background dancer on the Nickelodeon show, Dance on Sunset. This led her to start competing at age 10. She soon switched studios to widen her knowledge of dance. Until the age of 17, she danced at JDI Dance Company. She brought home many regional and national titles for her solos over the years. She was also involved in many award winning group dances. She was a captain on her middle school dance team and one of the featured dancers on her high school dance team. She has taken class from various instructors from So You Think You Can Dance as well as America Best Dance Crew. Megan has choreographed for middle schools and high schools around the area, as well as assisted choreographing many recital dances. She is trained in Ballet, Contemporary, Jazz, and Hip Hop. Her favorite class over the years was Technique so she could always have a strong foundation for her dancing. Megan is so excited to be a part of the Peace Love and Dance family! 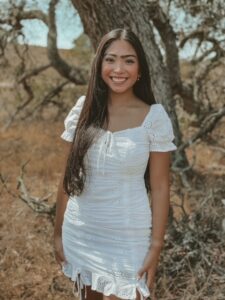 Jaira started dancing at the age of 2. She first began taking tap and ballet classes at the Anaheim Community Recreational Center. She then expanded her repertoire to hip hop, lyrical and jazz at Diana’s Dance Company until 2013. Jaira then became a member of the competition team at Peace Love & Dance, competing in styles of Hip Hop, Jazz, Lyrical and Contemporary. She trained for 3 years under the owner of Peace Love & Dance, Ryan Pasqualetto, and has won numerous awards at competitions for her skills. She has since become the captain and choreographer of her song team at Herritage High School in Menifee. Jaira began assisting at Peace Love & Dance and learned all the important details of being a teacher and how to master the classroom. She is excited to be apart of the staff now and teach all of her students the love of dance. 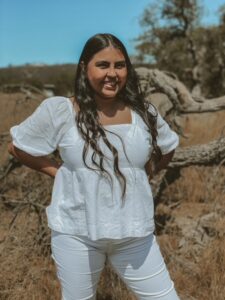 Andrea started dancing at the age of 8 at XO Dance Thermix where she took jazz and lyrical classes. When she entered High School, she learned ballet, jazz, and modern/contemporary in her Beginning and Intermediate dance class. She later joined her high school dance team for her last two years of school. She had the opportunity to perform at the annual Sugar Bowl and the NOLA New Years Eve Parade in New Orleans, Louisiana. In high school Andrea had the opportunity to work with many different choreographers like Dee Caspary, Erica Villalpando, and Olivia Cece. For more training Andrea joined the Peace Love and Dance studio her sophomore year. Andrea still wanted to push herself further so she joined the PLD award winning competition team. Andrea is continuing to grow and be the best dancer she can be. She is so delighted to share her love for dance with the students here at PLD. Andrea is so excited to be apart of the Peace Love and Dance Family! 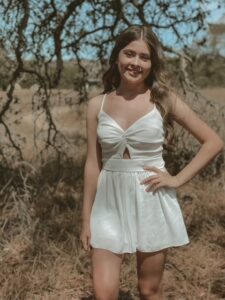 Alexis started dancing at the age of 12. She began training competitively at Empire Dance Productions in all styles but quickly found a love for contemporary/lyrical. She soon switched studios and found herself training at Just Plain Danciń until the age of 18. Her passion for dance grew even more when given the opportunity to train from such a well rounded studio. She graduated from Lakeside High School and will be attending Cal Baptist University in the fall. She was on the varsity dance team in High School for all 4 years and has been given the chance to choreograph for the team on multiple occasions. She has expanded her knowledge and training of dance throughout the years by traveling to train in LA at Millennium dance complex, The playground,  Immaspace,  and more, with well-known choreographers such as Phil Wright, Willdabeast, Janelle ginestra, Brian Friedman, Mark Meismer, Trisha Miranda, etc… Throughout her dance journey she achieved  multiple scholarships, regional and national awards as a soloist. Alexis is so excited to be apart of the staff at peace love and dance.